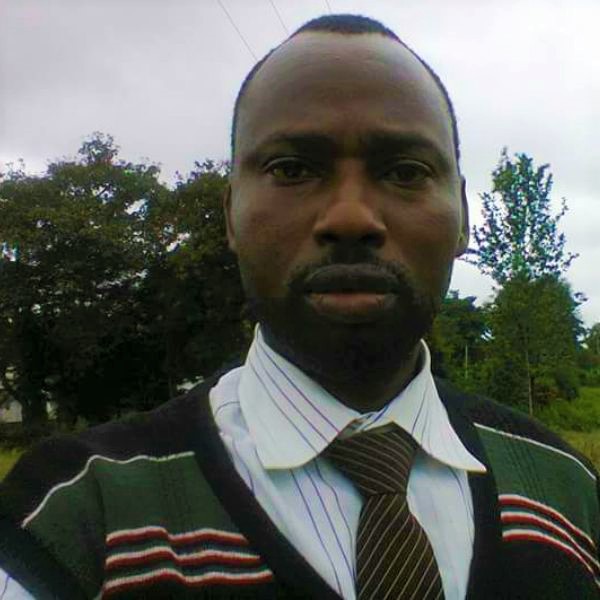 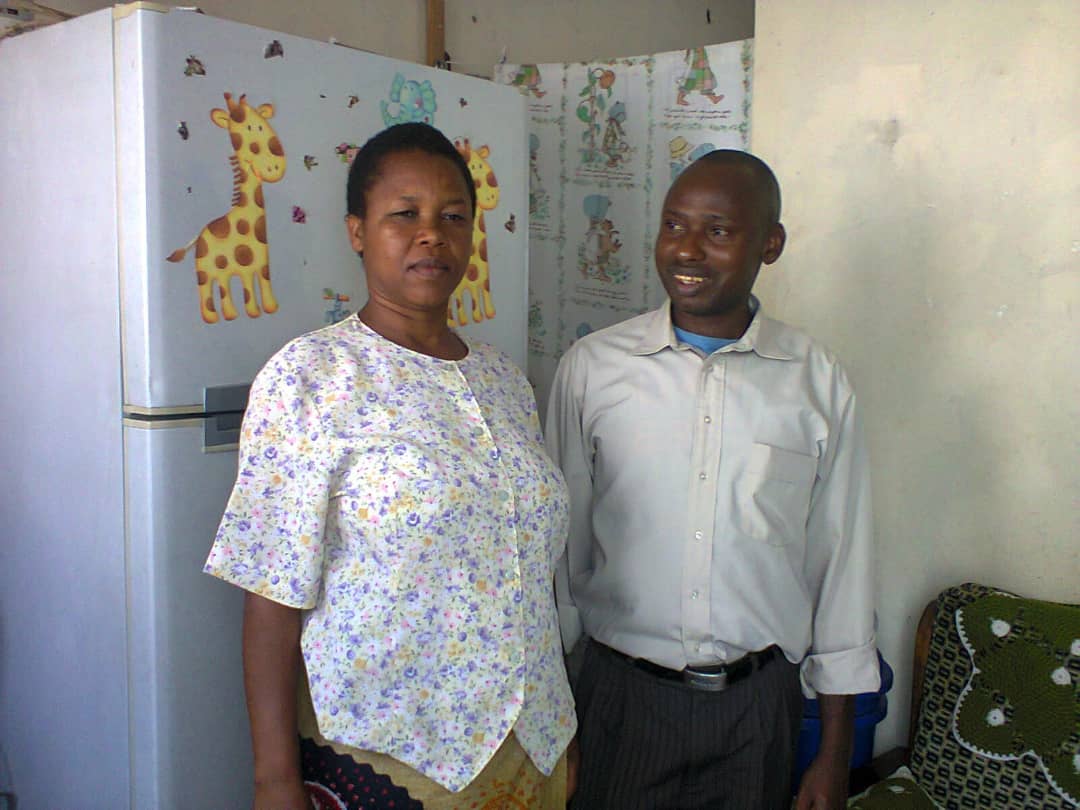 Representatives from various Anglican dioceses in Tanzania, other denominations, Anglican training institutions, missionaries, alumni and friends from all around the world met to celebrate the occassion. Speakers during seminars and discussion groups included Professor Gary Badcock from Huron University College Canada (the founders of St Philips), Prof Jacques Hadler from Virginia Theological Seminary USA (St Philips alumni), Revd Canon Hugh Prentice from Australia (St Philips Alumni), Revd Canon David Kitley from UK who also preached on the main service, and Mr Chris Moffet from the UK. They spoke on a range of topics relating to training and ministry and its challenges today. Revd Andrew Petit and Mr David Gibbons from St Mary's Church Cholsey - UK also led a four day seminar on Rooted in Jesus on the week following the celebrations.

Our main guest was The Honorouble deputy speaker of the national parliament and MP for Kongwa Mr Job Ndugai and he was accompanied by the Kongwa District Commissioner Hon. Alfred Msovella.

Following the service which was led by Bishops Dr Aaron Kijanjali and Dr Given Gaula, the Eucharist celebrated by His Grace Archbishop Dr Jacob Chimeledya there was tree planting and openning of the new toilet blocks and refurbished dinning hall and a community meal.

In 2012 the first contact was made between St Philip's Theological College and the South East Institute for Theological Education (SEITE). From this the idea of a partnership link was born! An encouraging first meeting between the principals took place in Oxford  in August 2013 and they agreed to explore ways of bringing two leading Anglican theological colleges closer together.

A NEW PRIMATE FOR THE ANGLICAN CHURCH OF TANZANIA

The Provincial Synod of the Anglican Church of Tanzania met on Thursday the 21st of February 2013 at the Cathedral of the Holy Spirit in Dodoma to elect the new Primate. Following the elections, the bishop of Mpwapwa Diocese the Rt Revd Dr Jacob Chimeledya was elected to be the 6th Primate of the Anglican Church of Tanzania. Bishop Chimeledya will replace the Rt Revd Dr Valentino Mokiwa of the Diocese of Dar es Salaam. Bishop Jacob studied at the The Institute of Development and Management (IDM) here in Tanzania before going to St Paul's United Theological College in Limuru Kenya and later went for further studies at The Virginia Theological Seminary in the USA. Among other roles he has held before becoming bishop of Mpwapwa Dr Chimeledya worked for World Vision Tanzania as Project Manager and later as recorder (finance), prior to his call for ordination. As priest he also served as Chaplain to the bishop, Diocesan Youth Secretary, Area Dean for Kongwa, Coordinator for the Christian Social Service Commission Central Zone, Principal of Chamhawi Bible School, Principal of St Philip's Theological college and was later elected as bishop of the Diocese of Mpwapwa. He is married to Mwezwa with 4 children Happinness, John, Gamalieli and Margreth. The enthronement service will be held in May 2013.

Today the General Synod meeting began under the chairmanship of the Most Revd Dr Valentino Mokiwa Primate of the Anglican Church of Tanzania. Members who arrived since yesterday met together with an opening act of worship led by the Archbishop Dr Mokiwa who was assisted by the Bishop of Morogoro The Rt. Revd Godfrey Sehaba. Following a short breakfast break, a Bible Study followed, which was led by retired Bishop of Mpwapwa The Rt. Revd Dr Simon Chiwanga. This was then followed by the Archbishop’s opening speech . In his address, the Archbishop welcomed the members and also welcomed the new bishops who had for the first time attended the synod as bishops.. He then outlined the strategic plan for the Anglican province before outlining the challenges which the Province is facing. These include, the world economic downturn, political conflicts, the economic boom in some parts of the world such as Asia, bad democracy, abuse of media, church conflicts and communication breakdown. These he said were the main causes for weakening church leadership and practise. He further said that the church needs to help change people’s habits and behaviour and that this synod ought to discuss such matters. He also thanked Canon Kearon for his appreciation on the role of the Anglican Church of Tanzania on world matters, highlighting the church involvement through the Anglican Consultative Council (ACC), The World Council of Churches (WCC) and the All African Conference of Churches (AACC). Quoting Proverbs 29:18, the Archbishop called for a new vision which brings determination in achieving its goals. The vision also gives hope, blessings, trust, creativity, humility and joy and gives meaning to life. ‘In this 41st year since the start of the province we are aiming at marking 50 years with doing something special’ the Archbishop said. He need to see the future as (a) Cooperation in leadership (b) Advocacy in bringing forward Anglicanism, with Jesus as our foundation ( c) Having a decade of evangelism to push forward the gospel Further Dr Mokiwa said that this synod should also discuss conflict , offer advice and give a statement, and even ask the government for the involvement of the Anglican church on the country’s constitutional review and work towards improving structures. Following the archbishop’s address, The Revd Canon Kenneth Kearon General Secretary of the Anglican Consultative Council addressed the meeting. In his address, he congratulated the Anglican Church of Tanzania in its contributing role in the Anglican Communion. He also looked at the challenge of globalisation within the church today pointing out how inextricably connected we are, and the need for a renewed vision. Emphasising on leadership he led the participants in recognising the importance of the fourfold ministry of laity, deacon, priests and bishops in serving communities in love, being hands, feet and eyes of Jesus. This involves serving the young people ( diakonia ), the sick and needy and those who suffer in different ways and each person called to be a leader in service, serving one another as Jesus did. This is done through worship, reading the Bible, and communion, pointing the people to God. The day continued with reports from various provincial institution. The meeting continues tomorrow.

How St Philips Began/ A vision for the church in Tanzania

T.B.R. Westgate: Huron University College’s connection to St. Philip’s Theology College The Rev. Dr. Thomas Buchanan Reginald Westgate (1872-1951) graduated from Huron College, London, Ontario in 1896. He was then ordained Deacon (1896) and later Priest (1897) by the Huron Diocese. After a short period of deputation work in the Diocese of Huron he began work as a missionary, first in Paraguay (1898-1901) under the South American Missionary Society, then in German East Africa (now Tanzania) (1902-1917) with the Church Missionary Society and finally in Canada (1917-1943). When serving in German East Africa, T.B.R. recognized the need to build a African theological college which would train native teachers. The staff of the Mission could not meet the demand for teachers from the local people. T.B.R. also believed that although European missionaries were necessary in the evangelization of the African Church, they should stand to one side or pass out of sight altogether and let the Africans go on to build their own Church. Accepting a post on the Deputation Staff of the Missionary Society of the Church of England in Canada, T.B.R. returned to Canada in March 1913 for three months. As the MSCC was raising support for its own Missions in Asia, T.B.R. was not permitted to publicly appeal for the building or operational funds required for his proposed training college in Africa. According to T.B.R. Westgate: A Canadian Missionary on Three Continents the alumni of Huron College undertook a private fund raising on T.B.R.’s behalf in celebration of the Golden Jubilee of the College (1913). Owing to the generosity of the alumni and the Rural Deanery of East and West Middlesex in Ontario, the bulk of the money needed for the African based training college was raised. This publication was put together by Westgate’s son, R.I. Wilfred Westgate (a classics professor from Harvard), and daughters, Maureen (Westgate) Carter and Dorothy (Westgate) Leach. It is based on T.B.R.’s diaries, professional reports, essays and correspondence. James Talman’s, Huron College 1863-1963 and the Huron College Council Minutes report Huron College marked its Golden Jubilee (1913) by awarding the honorary degree of Doctor of Divinity on T.B.R. in recognition of his service in missionary work in South America and German East Africa. As was the arrangement at the time, the University of Western Ontario conferred the degree. Neither Talman’s, Huron College 1863-1963 or the Huron College Council Minutes for meetings held in 1913 and 1914 mention the African college or the alumni’s fund raising efforts on T.B.R.’s behalf. This may be due to the necessary private nature of the fundraising campaign. T.B.R. named the African theological college, ‘Huron College’, in honor of his alma mater in London, Ontario. The first classes were held January 12, 1914 with two hundred students. The college has since grown and been renamed St. Philip’s Theological College. A plaque on the building still identifies it as the original “Huron House” of 1914. It is located at Kongwa in the Diocese of Mpwapwa, Tanzania.

A Farewell to Kees and Cindy

On Thursday the 17th of November, the college community gathered to say goodbye to Kees and Cindy Bootsma. Kees and Cindy who were Mission Partners sent out by CMS Australia joined the college last September. They had previously worked for 5 years in the Diocese of Tabora before moving over to St Philips. At St Philips Kees taught Old Testament and New Testament, while he also helped a lot with the library and the college computers. Cindy was involved in teaching the wives course and English. The event which was marked by singing, prayer, bible reading, speeches and a community meal, was a mixture of both joy and sadness. Kees and Cindy hope to return and settle in Australia. They will both be missed. St Philips community on behalf of the churches it represents want to thank Kees and Cindy and CMS Australia for this partnership in the gospel through the services and support they have offered, and wish them a good and blessed future, while hoping to extend our partnership.

A Kiswahili Language Course for You

St Philips Theological College is now offering a residential Kiswahili Language course. The course is suitable for you if you are a missionary or ex - pat, living and working in Tanzania or just visiting. This can be attended at any time of your convenience. The course can be held for one to two weeks intensive to one month. If you would like to learn Kiswahili contact the college.

Visit from the Diocese of Rochester UK 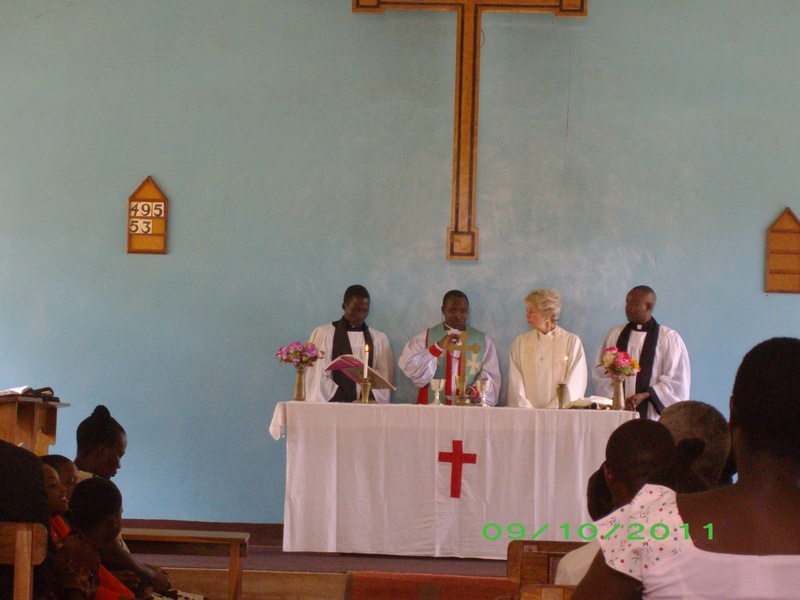 Following a two week half term break, the college had an opening service on Sunday the 9th of October 2011. This was a special opening service as it was accompanied by the visit of a team from the Diocese of Rochester. This team was led by the Revd Jolande Marcussen. The Diocese of Rochester is a link Diocese to the Diocese of Mpwapwa, and the teams visit was in conjunction with the Dioceses celebration of 135 years since the gospel arrived in Mpwapwa, 20 years since the fomation of the Diocese of Mpwapwa which was split from the Diocese of Central Tanganyika and 50 years of the countries independence. The first missionaries who started the work such as John Price and Henry Cole were remembered. Revd Jolande was accompanied by Linda, Mike, Steve and his wife Sylvia. On the same occasion in Mpwapwa, Revd Jolande was made canon of the Diocese of Mpwapwa. At St Philips Revd Canon Jolande had an opportunity to preach and in her message emphasised on the significance of putting knowledge into action. Linda and Steve also took part in the readings. A month earlier, the college was also visited by The Revd Canon Archford Musondya from USPG. Canon Musondya's visit was also in part connection to his provincial tour, and to learn and share the experiences and challenges around the province.